Underneath This had the pleasure of interviewing Canadian singer-songwriter Hannah Georgas, who discussed her self-titled album and highlights of her tour with Sara Bareilles.

While Hannah Georgas’s sound has evolved since her days playing guitar in Vancouver folk clubs, she continues to create thoughtful songs with lovely melodies. Her latest album incorporates synth pop sounds and features beautiful vocals while capturing a variety of emotions. The songs range from reflective and personal (“Ode to Mom”) to fun and catchy (“Shortie”). Notable tracks include “Somebody,” a song about unrequited love, and “Millions,” which was featured on an episode of HBO’s Girls.

You can find more information about Hannah Georgas at her website, hannahgeorgas.com. 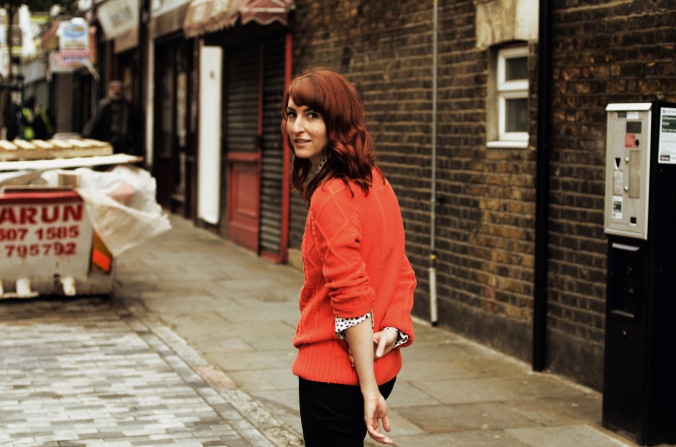 What inspired you to become a musician?

My dad was always playing the piano and singing around me when I was a kid.  I saw how happy he was when he played.  He was also really good at it.  I think his love for music rubbed off on me and inspired me.  My mom encouraged me to take piano lessons at a really young age.  I began writing songs once I figured out my way around the keys.
What is the creative process like for you?
It changes from time to time.  I do think I get inspiration when I feel emotional about something.  Lyrics and melody tend to come into play first.  I do enjoy having my own space to think.
You have often been compared to another Canadian singer-songwriter, Feist. What do you make of this comparison?
I think she’s an incredible artist and I’m a big fan so I take it as a HUGE compliment.
I really enjoyed your performance when you opened for Sara Bareilles in Boston, MA. What are some memorable moments you have had while touring?
Thank you!!  The whole run was pretty incredible.  The two nights at Madison Square Garden were definite highlights for me.  The Greek Theatre in Berkeley was one of the most amazing places I have ever played.  The sound was unbelievable!
Your latest album is more synthesized than your previous albums. What was it like recording this album?
I moved out to Toronto to work on the album with my producer Graham Walsh for two months.  I really enjoyed setting up camp and living in a different city to focus on the album.  It was an inspiring time for me and the process was pretty magical.  I think the studio is my favourite facets of making music.
“Ode to Mom” is a beautiful song that you wrote about your dad. What was it like writing and performing such a personal song?
It’s one of my favourite songs to play with the band in a live setting.  I feel really connected to the audience when I sing it and I feel proud to perform it.  I remember that song kinda poured out of me.  My mom was visiting me in Vancouver at the time and the idea popped into my head then.  I was reflecting quite a bit on what exactly was going through my mom’s head after my dad passed away.  I was trying to put myself in her shoes.
I enjoyed your cover of “Stay” by Rihanna. Are there any songs you would like to cover in the future?
There are a lot of songs out there that I’d love to cover.  PM Dawn is next on my list!
What music are you listening to currently?
I like coming home and listening to my record player.  I’m currently listening to The Everly Brothers and Andy Shauf.
What are some of your interests outside of music?
I love being active.  Tennis is my favourite.  Running clears my head and inspires musical ideas all the time.  Watching movies.  Drinking good coffee.  The  outdoors.  Taking photos (I’m not good but I think I could be..ha)
What insight do you have for aspiring musicians?
Surround yourself with people that want you to do well and with people you trust.  Write a lot.  Play music because you love it and don’t lose sight of that.