Underneath This was pleased to interview Marlene Forte. Please read more about Marlene (adapted from a press release bio) before proceeding to the interview.

Marlene, who is Cuban-American, began acting in her early 30’s and portrays Carmen Ramos,the Ewing family’s longtime Mary Poppins-like superintendent and mother of Elena (Jordana Brewster) on TNT’s “Dallas.” The second half of the third season of the series began this week on TNT.

Prior to being on Dallas, she appeared in a wide range of television programs including “The George Lopez Show,” “Bones,” and “ER.” Within film, she played the transporter chief in the 2009 “Star Trek” film by JJ Abrams; Mrs. Glass in “Real Women Have Curves”; and the memorable Pilar Brown in “Our Song.” Her upcoming role will be playing  a female Walter White in an independent film, further showing her versatility.

Prior to acting, Marlene had already lived a multifaceted life (and continues to do so!), having raised children and been an entrepreneur. As well, she has earned several honors and awards. Most recently, she received the “Pioneer Award” at the 2014 Reel Rasquache Art & Film Festival and an “Artist Award” from Union City.

Please read below for the interview. 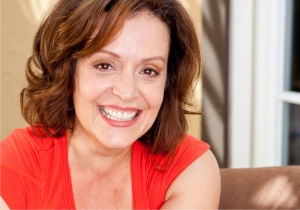 I was young mom who married her high school sweetie heart and was getting ready to complete her masters at Montclair State College. I was going to be a teacher or a lawyer. Now I play them on tv! Lol.

You entered acting at a relatively later time in life than many other people. What has that been like?

Well, everyone around me thought I was crazy. There was a lot of tears and yelling as I recall! Lol But I think it makes me a better actor. My job is to recreate life. How can one do that without living a life! By the time I got around to acting, I had graduated college, had a small business, had a child! That’s a life! Acting is not a horse race or a sprint. It’s a life choice. My life choice.

You were named for Hollywood legend Marlene Dietrich. How has that been, and has this affected your career trajectory?

I’m not sure but I’m pretty sure it didn’t hurt! What a role model! I have an awesome of picture of her and another one of Bette Davis! LOVE her!

How have your social identities, including being Cuban, affected your creative experiences?

Congratulations on winning the Hispanic Organization of Latin Actors (HOLA) Award for Excellence in Television. From your perspective, what are continued challenges with how Latino people portrayed are in television and film? What progress has there been?

Well we do have more representation on tv now than we did when I started 20 years ago but we still are behind African-American actors. The huge crossover success of people like Oprah and Tyler Perry is still not at our reach. There are two people who have really made a huge difference. The financial success of people like Jennifer Lopez, Shakira and Zoe Saldana has made a huge difference for Latina women however.  And these women have their own crossover success but we need more folks producing,writing and taking the reign like  Robert Rodriguez for example! When the network El Rey takes off, it might be the beginning of something huge.

You have appeared in a wide variety of television programs from “24” to “The Secret Life of the American Teenager.” Which experiences stand out, so far, as the most meaningful?

I always love the project I’m working on at the moment!  But if I have to pick one, it would be Jim McKay’s Our Song. I love working on that movie and I love Kerry Washington!

What has it been like portraying a matriarch, Carmen Ramos, on this version of “Dallas”, and how did that opportunity come about?

It’s been a blast. I love Carmen! She’s my mom! And working with Larry was a hoot! To be part of such a huge part of American TV history is awesome.

What was your opinion of the original “Dallas?”

It was a huge success but I was a young mom trying to get thru college so I really didn’t watch it. I knew about it! You had to live under a rock not to back then! I had a t-shirt that said “who shot JR?”! Lol.

You have also been involved with a number of films. I appreciate the message of “Real Women Have Curves.” How was it being part of that feature?

I loved working in that film. That would be my second favorite job.  I audition to play the older sister but I guess I didn’t have enough curves back then! I was offered the role of Ms Glass and I was thrilled just to be part of it.  I loved working with Patricia too.

In your experience, how has the portrayal of women in film and television shifted in the past decade?

Well, we have more leading ladies now. With the success of shows like The Closer and Scandal, and shows like that, we now have more opportunity but nothing compares to the boys’ opportunities! It is still a man’s world but we definitely making waves and we definitely see less women in the kitchen…unless you are Carmen Ramos on Dallas! LOL.  I always say, we rarely see Carmen out of the kitchen! LOL

Awesome! I love working with him. Super focused. Doesn’t waste your time. And he is really talented about creating work and getting his work done! PLUS he has a pretty awesome studio in Atlanta.  That’s what the Latino community needs! I will say it again!

How does being part of a film compare to  television industry work?

TV work is much faster.  There is not much rehearsal and we shoot an episode in 8-10 days.  I film takes a least three weeks and that would be considered a very fast shoot.  Movies get shot and we don’t see them for at least a year, if not longer, and if I guest star on a TV show, it will probably air within a month; unless it’s a pilot.

What is your perspective on the current indie film scene in the United States?

Indie films are now a million dollars.  I shot Lena’s Dream for 60,000. The only really cool thing about indie films now, is the digital aspect of the whole filming industry.  It’s much easier in that respect.  No more film.  No more film processing.  No more over exposing film! LOL Mistakes cost a lot less.

How do you balance your creative work with other aspects of your life?

I don’t live in Hollywood.  I really like to get away whenever I can.  But my work is a big part of “my” life.  It’s hard to separate it.  I have a daughter, a husband, a dog and 2 cats! That’s plenty of balance.

What insights do you have for aspiring actors?

There are no answers or easy fixes.  Acting is a life choice.  Love all aspects of this journey because it’s a long road and it’s over when you’re dead.

What is next for you professionally?

Well, we are waiting to hear about  Dallas; we are not picked up yet for the 4th season.  But I am planning on doing a play with my husband in NYC next year, and I’m looking forward to the release of an indie movie I shot the end of last year called Assassination of a Citizen.  I play a really bad ass lady who runs meth in east LA.  Never played anything like that before.  I’m excited and little nervous about it! We will see!