I had the pleasant experience of interviewing Katey Laurel.  Please read a brief biography of Katey (courtesy of http://www.kateylaurel.com/) before reading the interview that follows. Thanks Katey!

The artistic roots of singer-songwriter Katey Laurel are both deep and diverse. Growing up on a ranch in rural Colorado, she turned to art and music at an early age to feed her insatiable imagination. A lifelong horse lover, she began drawing and painting her equine muses, studied piano, and eventually took up French horn and guitar as well. Her musical inspiration as a songwriter comes from many musical styles including bluegrass, classic rock, alternative, country, and even 80s dance-pop.

When Katey chose to pursue music as a career, she took the DIY approach from the start, writing and recording her first record in her bedroom. Over time, she has built a solid fan base with her unique voice and a satisfying blend of folk and pop, garnering radio airplay on Triple A stations around the country and sharing the stage with the likes of Howie Day, Bill Mallonee, Katie Herzig, Matt Morris, Trevor Hall and others. With her upcoming album “Periscope” produced by industry veteran Warren Huart, Katey Laurel is now poised to reach an even larger audience in the days ahead. 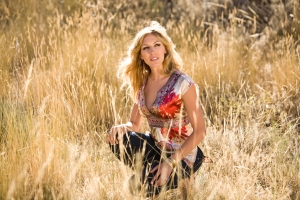 Please describe your path to becoming a musician.

I was always artistic and musical as a young child…I started drawing pictures when I was 2 and playing piano when I was 6.  I guess I just always needed a creative outlet to express myself, right from the very beginning.  My family also lived in a very remote part of the Rocky Mountains of Colorado without any television or video games, so the next logical step was to read everything I could get my hands on, then start creating my own melodies, poems and drawings to entertain myself.  I never thought I would be a songwriter though…several of my friends had a knack for it but I got a really late start in my opinion (early 20s) and didn’t feel like it came very easily to me.  I didn’t think I would be a career musician, or if I was, it was going to be playing classical French horn in an orchestra.  But here I am.  🙂

You spent your youth traveling across the United States. How has that experience influenced your development as an artist and your songwriting?

I guess when you grow up sort of “rambling”, that sort of carefree observation of life gets into your bones.  I saw a lot of places and presumably a lot of different people in my early years…perhaps that palette is what caused me to want to capture pictures and ideas on paper.  I also still get the itch when staying in one place for too long.  Even if I don’t move around as much, I still love to travel whenever possible.  Getting into a different environment puts my mind into a sort of “birds eye” perspective on my life, and I can get a glimpse of what needs to change, what can stay the same, and the big picture gets clearer.  I love that.  I also tend to get more philosophical when I’m in that space, which is good for songwriting because it puts the “every day” at bay for a short while to ask and answer bigger questions.

Your sound has been described as a mixture of folk and pop. What do you make of that depiction?

Ha!  Personally, I think it’s an oxymoron, but an apt one at that!  Folk is typically the music of the people (down to earth, descriptive, oral tradition), while pop is what is deemed commercially viable (vague, universal, catchy).  How do these two styles co-exist?  Folk is never mainstream pop throughout music history (until now, anyhow, with The Lumineers, Mumford and Sons and others), but somehow, I’ve captured some of the lyrical nature of folk music and flavor of its rootsy, historic and human nature with the catchiness (hookiness) of pop music.  Who knew.

East Portland blog has written that your “songs embrace American magic and longing in their sounds, themes and production.”  How do you see your music reflecting themes unique to the United States?

I grew up listening to a lot of folk and classic rock and roll with my folks, and even bluegrass and Appalachian traditional music.  My mom still has a dulcimer and occasionally plays some of these old-time American tunes. Those songs are in my DNA somehow, and as a result, there is a hint of that rootsy sound in the music I create.  I wouldn’t say it’s necessarily unique to the US, but rather, unique to humanity since musicians the world over usually have a hint of the historic folk music of their region in their sound.  It may be as simple as the intervals or melodies of certain regions (think Polynesian with some of Lorde’s quartile and quintal harmonies) or as distinctive as instrumentation, such as digeridoos in Australia, harpsichord in Europe or ukelele in Hawaii.

I am really enjoying your new album, “Periscope.”  The record flows so well and feels like a concept album. How does it compare to “From Here?”

“From Here” was really a collection of cute “vibey” acoustic songs that I worked with Neilson Hubbard to produce…I chose many of them for their themes and feelings because of where I was at at the time – falling in love, questioning the meaning of things and looking for answers from God about life’s journey.  I also think Neilson does a great job with these sorts of mood-setting songs.  It is a very folky album.  “Periscope” is a collection of songs about finding hope through the journey.  I guess I’m sort of making my way along in life as a person, and documenting that journey with songs.  I’m glad you like it!

Congrats on winning several songwriting contests, including the Great American Song Contest. What is the songwriting process like for you?

Thank you!  It’s been fun.  I never expect to win or place because there are so many incredible writers out there, so it is always a pleasant surprise.  The songwriting process is almost always different every time.  Sometimes I have a melody or “hook” idea first and build around it, sometimes I make a little melody on the piano or a little “riff” on the guitar and write to that…but more often then not of late, I sit down and brainstorm and write several pages of lyrical ideas around a topic or theme and then lyrical rhythms and rhymes begin to emerge and I write my melodies and chord progressions to that.  I think that’s the strongest way to write, because you really “say what you need to say” (thanks, John Mayer).  I almost always over-write, meaning I throw away about a third of the song before I’m finished.  Kind of like carving a sculpture out of stone, and what I chip off goes to waste.  I may eventually use bits and pieces of that refuse elsewhere in other songs, or write another whole song out of a line that didn’t work.

What and who are some of your musical inspirations? 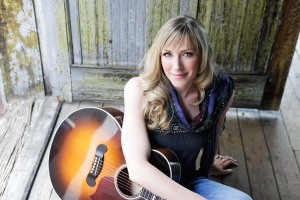 In what ways is your music feminist?

I don’t see my music as feminist other than I write the music I write as a woman so my perspective is mainly feminine.  🙂

How do you see the media’s portrayal of women in rock and alternative music currently? From your perspective, has it shifted over time?

I think women in music and business are definitely more respected and even exalted then they used to be.  Some of the biggest stars in the world the past few years are women, and I don’t necessarily think it is entirely sex-appeal.  Women are making smart music and smart decisions with marketing it.  I think the media has made darlings of Adele, Beyonce, Taylor Swift and Katy Perry, to name a few.  On the alt side, Florence and the Machine, Lana Del Rey and others have turned many heads and ears with their messages and voices. The commercial advertising and film and TV world LOVE female voices, they’re everywhere!!

If you could cover any song, what would it be and why?

I’m thinking about covering Jimmy Eat World’s “Takes Some Time”, not because it’s epic or classic or any of the reasons some one would revere a great song…simply because it’s fun, upbeat, positive in message and reminds me of the 90s…my teenage years, when there was so much potential in the world and in me!  Everyone wants music that takes them back to their teens for a second, whether it’s the angst, the hope, the longing or the belonging.  I have a great family, so my teens were a time of potential and big dreams for the future.

On what projects are you currently working?

Right now I’m putting together a collection of remixes of several of the songs from Periscope by some great producers, DJs and EDM artists from around the world…stay tuned for that this coming June.

What feedback do you have for aspiring artists?

I think it’s important to believe in the dreams you have, and develop your gifts and abilities.  Of course, dreams will only take you so far, so get some grounding and get educated by reading everything you can about the biz and the craft of music, and meet people at shows, conferences and networking events.  Music is fun and exciting, but the relationships and friendships you build with fellow artists, industry folks and mentors can be the real reward long after the songs fade away.