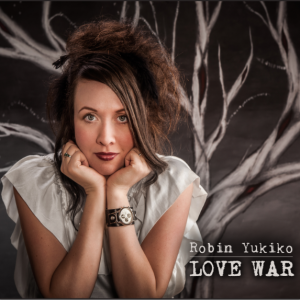 Robin Yukiko is a talented vocalist, songwriter and pianist residing in Pennsylvania. She recently moved from California, where she ran the San Francisco Singer-Songwriter Workshop. She is a graduate of Berklee College of Music and has spent time teaching in Japan. She released her second album, Love War, on July 27.

Love War captures a wide range of emotions with songs that vary from fun and quirky to beautiful and moody. Yukiko’s classical training is reflected in the careful composition of her music. She describes each song on the album as being “like a new scene in a play,” which is a fitting analogy given her interest in drama and musical theater. The album also includes theatrical song titles like “Chronicles of a Kidney Thief” and “Death of a Salesgirl.”

Below is the fun, creative video for the album’s third track, “Fool Who Left:”

The songs on Love War tackle topics like love, loss, anger and trust. Fiona Apple’s influence can be heard in the second track, “Feigning Empathy,” with biting lyrics like “I would say ‘betrayal’ but first you have to have loyalty.” On “How to Love Better,” Yukiko addresses heartbreak with beautiful vocals and honest lyrics. She delves into fear and the loss of innocence on the unique track, “Fix This (The Color),” singing, “nothing dwelled inside but fear / devoid of sound and color / all chromaticism disappeared.” On the slow paced “Safety Net (The Trapeze),” Yukiko describes trusting someone to catch her when she falls (“I’m in your grasp / Don’t let me fall without you”).

Other notable tracks include the loud, fast paced song “One-Two” and the eery and mysterious second to last track, “Losing Orbit.” The album ends with the poetic “Ocean Floor,” in which Yukiko sings, “you will find hearts are like the sea / every place we navigate we leave debris.” It is a fitting end to a unique, beautiful album.

You can find out more about Robin Yukiko on her website, robinyukiko.com.

Read below for our interview! 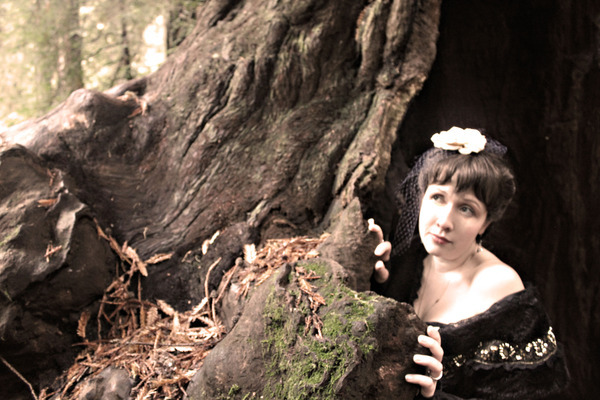 Who are your musical and non-musical influences?

My musical influences range from Fiona Apple and Radiohead to less admitable ones, like Boyz II Men. That’s probably where my sudden Motown twist came from! Of course, art inspires more art. Since high school I’ve been drawn to science fiction and drama, musical theater…so I tend to write about theatrical situations and space.

Did you always want to be a musician?

My parents claim I’ve been singing since I was two. I’ll have to take their word for it! But apart from a brief desire to be a swimming instructor, yes, I always knew I would do music. My dad is a professional pianist and he and I have been making music since before I can remember. He was the accompanist in all my school plays and in 6th grade I joined the chorus and continued through college. It was never really a choice for me. I experimented with other fields, like art and film, but the music kept calling me back.

In addition to performing, you teach music lessons and host the SF Singer-Songwriters’ workshop. What have you learned through teaching and working with other musicians?

Teaching and hosting the workshops has taught me to consider perspective. I was fortunate enough to be taught the ins and outs of music by my dad, but not everyone has had that background, let alone that kind of support. Some people are in their 30s and 40s and just starting music. I realize I’ve taken a lot for granted, but also that people can learn music in so many different ways. Many play on pure instinct, and I respect that. While I do encourage musicians to learn theory and terminology, I don’t deny some of the great music that has come out of unfettered minds.

Did your time spent living in Japan have an influence on your music?

In a way, yes. Some of my best songs I wrote while living there. But life is life, wherever you live it. I’m inspired by the events and people around me and Japan was no different. What I really took away from that experience was how much I loved teaching.

Ideas come to me in a lot of weird ways. Sometimes melodies pop into my head (this usually happens when I’m going through some emotional turmoil). Other times I’ll be sitting at the piano and a shape intrigues me. It’ll form some odd chord that I had never heard in pop music and I’d use it just to prove to myself I could. Sometimes I try to take the strangest, most dissonant sound and make it pretty. (Occasionally it even works!)

How do you think female musicians are treated in the press compared to male musicians? What has been your experience as a female singer-songwriter?

I find what is expected of women versus men in music to be pretty unbalanced. The idea that female musicians need to use their looks to get noticed–and yet if we do, it undermines our message–is hard to come to terms with. I also look at artists like Alanis Morrisette who get labeled “bitch” for addressing their sources of anger, but when men sing about the same topics no one thinks twice.

I also see some differences in how women are treated by other (male) musicians. On the first gig with a new (all male) band, I always feel I have to prove myself by generally taking charge of the situation. Whether male vocalists feel that pressure, I have no idea. But being treated even once like a little girl who doesn’t know how to use a mic tends to put me on edge.

More than once, someone would tell me when they first heard me sing they would be worried I wouldn’t hit a note–they were afraid if I did that it was luck and I shouldn’t try to repeat it–but after a minute they could relax that I wouldn’t screw it up. I’ve had other comments from non-musicians that I found amusing. One guy said that men play guitar to impress women, but that women don’t need to play music because they don’t need a dating advantage. I thought this was ridiculous. He didn’t know how many times I’d been turned down by a guy. Ha.

How would you describe your new album?

Love War…it’s a little bipolar, as the title suggests. One of my goals was to express the range of human emotion and experience, from the silly to the brokenhearted, to the seedy underbelly of humanity. I was able to get horns, strings, and other instrumentation that gave the sense of each song being its own little world, like a new scene in a play.

What are some of your favorite artists? Do you have a favorite song to cover?

I love music that really sweeps me away. Lately I listen to a lot of video game music, soundtracks and world music. But my favorite song to cover is probably the Beatles “A Day in the Life”. The upbeat melancholy gets me every time.

Do you have any advice for aspiring musicians?

Of course! The first thing is don’t be afraid to know your stuff. Some musicians shy away from theory because they think it will mess with their natural talent, but it will only add to their musical arsenal and help people take them seriously to boot. Once you’ve got technique down, the best advice I would pass along is to be the most you that you can be. Uniqueness is the strongest advantage you can have, so work it!